Dinagyang '09- I Rocked but didn't Drop

The Dinagyang fever is over. I planned to watch it live last Sunday but the plan wasn't pushed through. I was too tired watching Bamboo's gig with Sponge Cola and Callalily the night before that. And as a loyal supporter of Tribu Bola-Bola, I'm kinda disappointed that they only got the first place(Tribu Paghidaet was able to defend their title as the Champions of the Ati Competition) and a minor award, Best in Street Dancing. That was when I told myself, "so this is how the supporters of other tribes feel every time we win the championship crown and most of the special/minor awards before..." I do feel a little frustrated... LOL 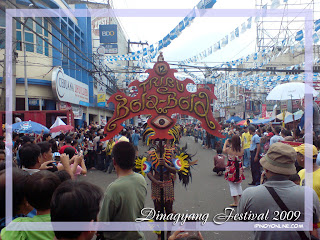 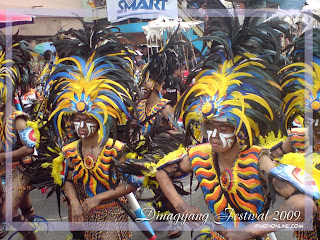 Since my dearly beloved tribe did not win in this year's competition, I won't talk much about the competition itself. I would rather reminisce Bamboo's gig last January 24! It was pretty exciting. Callalily, Sponge Cola, and Bamboo performed in one venue- The Avenue. I really enjoyed watching and singing along just like everyone else. As a matter of fact, I enjoyed it so much that even though I promised myself that I will only use my cellphone during Bamboo's performance, I can't help but break my promise and took videos of the bands before them! As a matter of fact, the battery of my cellphone died out just minutes before Bamboo's performance! F@#$! I was really pissed off.

Loved this Sponge Cola's version of Sana Maulit Muli.The last video I took with my selcam before it died out.

However, lady luck is still on my side since I won an MP4 in the raffle and also brought my Motorola K1 with me. The one thing I forgot was my K1's memory card! hahah.. so much for lady luck, eh? Anyways, I only ended up taking photos of the band. The quality isn't that good but well, Bamboo is still Bamboo! So, f@#$ the quality! @_@ 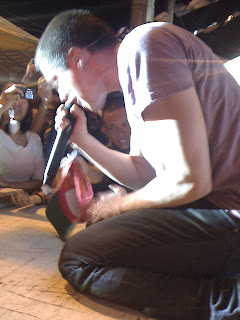 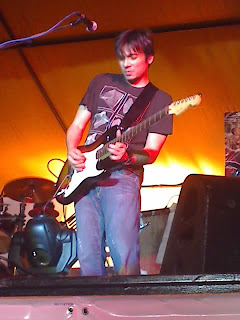 It was a very exhilarating night just like the nights we had before- the nights when we used to watch gigs of Bamboo.

Back home, my feet were numb and my throat hurt as well as my arms and shoulders, and my back. In short, my whole body was in pain! But its all worth it. It has always been worth it as long as its Bamboo. In fact, I even wanted more- just like every believer who watched the gig. I can't wait to see them again.

*The Dinagyang photos aren't mine by the way. ^_^

Posted by SuperNemiXX at Tuesday, January 27, 2009 No comments:

Sorry but I really have to post this- the latest McDonald's TV Commercial entitled First Love.

I mostly prefer TVC from Jollibee over McDo but this one is my fave among all of McDo's TVCs.

I was looking for some songs to download in my iTouch when I came across a song entitled Ely Buendia. Being an "Elyista", I downloaded it without hesitation.

Sadly, I can't find the lyrics of the song though I Googled it for so many times. Sigh... And obviously, my last resort is to transcribe it myself. ^_^

Looks like my being on hiatus is over. I haven't written anything on my blog for the whole month of December. It's seems that I ended the year with nothing. I was on leave for two weeks so I didn't get to share some of the things that had happened during my Christmas break.

That's why even thought I still wanted to extend my vacation from blogger, I still have to tell myself to write something in order to start the year right.

My last day at work was during the Christmas Party. It wasn't as exciting as I thought it would be. Nevertheless, the venue was better than last year's and well, the food is kinda sosi. LOL. 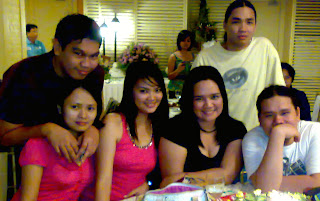 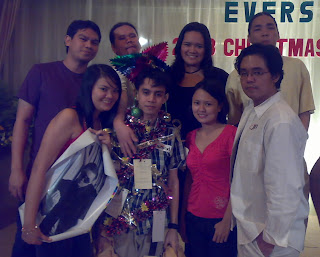 However, I find it really nostalgic to see the photos I had during my 3-year stay in Eversun. These photos were taken last December 20th and it seems that the photos are getting emptier in each succeeding year. :-(

Posted by SuperNemiXX at Monday, January 05, 2009 No comments: